If you want to learn about a person, look through their video game library. What type of games do they enjoy? How many hours have they poured into sports games? What system do they prefer? Gaming has never been taken as seriously as film or literature, but I think the medium deserves its day in court. The stories and mechanics of games are some of the best ways to enjoy a multitude of worlds in a very active way. I, like more writers, love stories of all kinds. And the five (plus) games that are included on this list are some of the best stories you can enjoy with a controller in hand.

This is the only MMO I’ve ever loved. It’s not a perfect game by any stretch of the imagination. But it has its charms. This game universe is space opera at its best. It’s all about gun-toting space wizards at war with a Lovecraftian darkness. You go on quests, you battle four or five different alien races, each with a unique design and history. This soundtrack is epic and soaring, and each planet has its own suite of brilliant music. When you’re not questing alone, you’re doing it with friends. Many of the toughest environments in the game require a group to even get through. And when you get bored with killing aliens, you can always drop into the competitive Crucible mode and battle against other players.

I’ve put more hours into this game than any other in 2018. It’s endless loot and shoot gameplay is addicting, if a bit disrespectful of your time. But it’s Destiny 2: Forsaken’s flavor that keeps bringing me back.

On the surface, this is the kind of throwback platformer that are a dime a dozen in any game system e-store. I heard the merits of this game screamed over every video game podcast and website for months after Celeste’s initial release. And then it happened again when this dropped on the Switch. So, after I found myself bored and sleepy on a Saturday morning, I snatched this up from the Holiday PS4 sale.

But Celeste is not just another recycled platformer. It’s precise and brutally tough, and happens to have a beautiful core. Celeste is the mountain. You play Madeline, who is climbing that mountain. You meet a variety of goofy characters, and get to watch Madeline grow as your skills grow. Celeste has a lot to say about depression and self-worth. It comes at those issues in a mature way that we don’t often see in games like this. This game is beyond sweet and worth the challenge.

This had to be my most anticipated game of the year. And, as I’m sure you already know, Rockstar delivered. Red Dead Redemption 2 is a slow, momentous beast of a game. You fill the shoes of gruff everyman Arthur Morgan. You run with his gang and commit crimes. Things go good, things go bad and then they go even worse. The Dutch Van Der Linde gang is filled with characters that I don’t think I’ll ever forget. When you’re not riding through beautiful natural vistas or shooting everything, you’re hanging out in camp, drinking and listening to tales of the glory days.

This is not a happy game. But this is a story that everyone should experience. It’s beautiful and savage, and filled with more minutia in the moment to moment gameplay than you could ever want. But if you take a breath and get on RDR2’s wave length, you’ll feel like a cowboy. 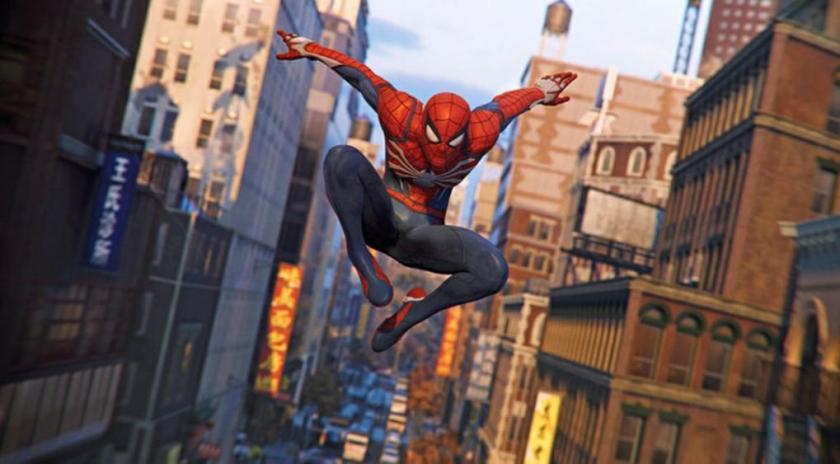 HOLY CRAP I’M SPIDER-MAN AND I’M SWINGI–WAIT–DID YOU SEE THAT!?

That stream of Caps above is an approximate approximation of what was happening in my brain while I was playing this game. Marvel’s Spider-Man is a perfect Spider-Man game. The swinging is fast and the combat is simple to learn and a joy to master. Insomniac has crafted a New York City that is a joy to explore. Avengers Tower! The Sanctum Sanctorum!

But that’s not all. The story explores Peter Parker/Spider-Man’s relationships and his place in this world. Old rogue’s gallery villains are recreated in unique and brilliant ways. It can’t be ignored just how clean and fluid this entire game feels. The collectibles and side missions are fun to experience and collect. And the end couple of missions of this thing are *sighs* wonderful. 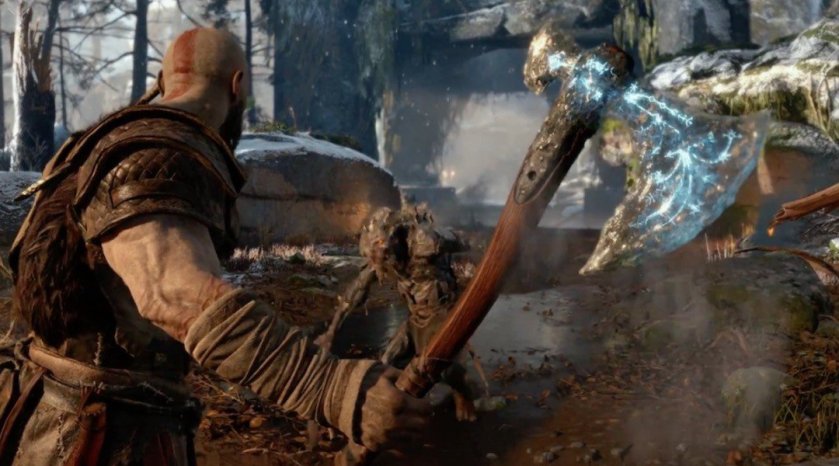 God of War is nearly perfect. Let’s break it down. A character piece for Kratos and his son. A combat system that is both visceral and beautiful. A world steeped in history and magic. Adventure on a scale rarely recreated in this generation of games. Probably the best looking PS4 exclusive!

But it’s not just that. Both Red Dead Redemption 2 and Spider-Man had those same qualities. But God Of War stands apart. This is a video game story of loss and of growing love. Kratos is a man with a horrible past. He has known loss both in his past and very much in his present. And to watch this wild demigod grow as a person and as a father felt momentous in every conceivable way. Come for the Leviathan axe and stay for the character growth.

Can I talk about some runner-ups? Kind of. I played a few other games that aren’t quite Top 5 material, but deserve your attention in some other way. The only other game that belonged this high up was Assassin’s Creed: Odyssey. It’s another rip-roaring adventure game where you get to jump off stuff and have awesome sword fights. And, if you play as Kassandra, it’s kind of like you’re playing as Wonder Woman. Which is cool. 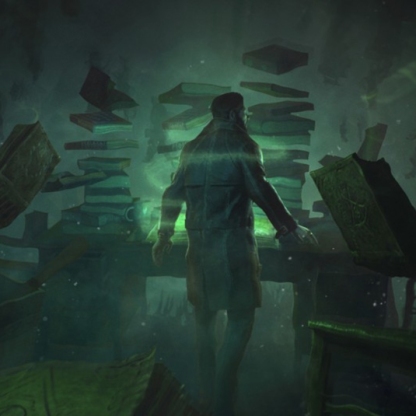 The other game I wanted to talk about is Call of Cthulhu. This game is…not anything that I wanted it to be. It’s essentially a walking simulator with some very diet-light environmental puzzles. But being able to spend some slow time in a quaint little Lovecraftian world is kind of fun. If you can snag this game up for cheap (or maybe a rental?) I think you should do it. Especially if you’re a Lovecraft horror nut.

This was the year I discovered the joys of the PS4 Platinum trophy system. I’m by no means a trophy hunter, but I enjoy the added value of hunting them down. Earning the Platinum likely means you’ve seen most of what the game has to offer. I earned five Platinum trophies this year: The Order: 1886,  God of War, Assassin’s Creed Origins, Marvel’s Spider-Man and Fallout 4. My Fallout 4 platinum was the most well-earned. I love the Fallout franchise, though Fallout 76 may be the worst game I played all year. Scratch that, the worst game I’ve played in the last five.